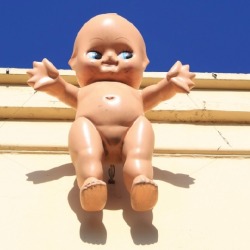 Since the age of five, Vanessa was literally raised in an art gallery in Melbourne, Australia. Daughter of contemporary Australian painter and gallerist Jan Neil, Vanessa absorbed the methodologies and creative life-force of being a professional artist. It was only later in life that she truly appreciated and understood the importance of this role in today’s social dialogue.

“As an artist, the synergy of the sculptural elements of urban walls along with color-saturated photography has always captivated my imagination. The prospect of slowing down a viewer’s gaze by creating works that require careful - sometimes surprising engagement - has been the common thread in the myriad expressions of my creativity. The amalgam of color, form, structure and texture is meant to highlight an often unlikely social jousting between the architectural and the spontaneous human mark.”

Vanessa arrived in Dallas six years ago, and wasted no time in immersing herself in the local art community.

In collaboration with fellow artist Kevin Obregon in April of 2008, Vanessa debuted their colorful, modular contemporary “cubes” to the Dallas art world. After showing her fine art for over twenty years in her motherland, it was Neil’s first gallery show in the United States. The cubes, dripping wet in appearance, were very well-received and the exhibition resulted in a sold-out show. Since then, as per their first collaboration, they formed “The Cube Creative”, an ever-evolving contemporary art space and design house located in the Tyler Davis Art District. Together, they design limited edition graphics, photography books, posters, apparel, prints, paintings and installations.

Vanessa is currently working on projects in Melbourne, Australia.