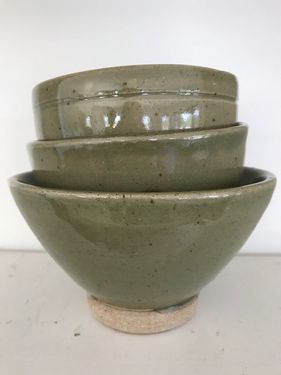 Michael Benson’s work focuses on the intersection of art and science. An artist, writer, and filmmaker, in the last decade Benson staged a series of increasingly large-scale shows of planetary landscape photography in the US and internationally. Benson takes raw data from planetary science archives and processes it, editing, compositing, and then “tiling” individual spacecraft frames, producing seamless large-format digital C prints of landscapes currently beyond direct human experience. His new show Otherworlds: Visions of our Solar System, featuring an original new hour-long ambient composition by Brian Eno titled Deep Space, opened in the Jerwood Gallery of the Natural History Museum in London on January 22nd, 2016. It then moved on to Vienna’s Natural History Museum for four months, and its next appearance will be at the Queensland Museum in Brisbane, Australia, opening March 4th, 2017. His photographic work is represented in the UK by Flowers Gallery. His largest show to date was a 7-room, 150-print retrospective staged at the Smithsonian Institution from 2010-2011 titled Beyond. Benson’s fifth book for Abrams, Cosmigraphics: Picturing Space Through Time, came out in October, 2014, and was a finalist for a Los Angles Times Book Award. He’s also an award-winning filmmaker, with work that straddles the line between fiction and documentary film practice. In Predictions of Fire and other films, staged studio scenes and even animated sequences alternate with straight documentary material. In 2008-10, Benson worked with director Terrence Malick to help produce space and cosmology sequences for Malick’s film Tree of Life, which drew in part from Benson’s book and exhibition projects. The film won the Palm d’Or at the 2011 Cannes Film Festival. His work is also featured in Malick’s new film, Tree of Life. As a writer Benson has contributed feature articles to many magazines, frequently accompanied by his own photography. These have included The New Yorker, The Atlantic, Smithsonian, and Rolling Stone. He’s a regular contributor to The New York Times, and has also written for The Washington Post and other newspapers, including many Op-Ed pieces. Benson’s 2003 article for The New Yorker on NASA’s mission to Jupiter, “What Galileo Saw,” was anthologized in several places, including The Best of Best American Science Writing (HarperCollins, April 2010). Benson is currently working on a work of narrative nonfiction for Simon & Schuster titled Space Odyssey: Stanley Kubrick, Arthur C. Clarke, and the Making of a Masterpiece. Following this book, which is pegged to the 50th anniversary of the release of 2001: A Space Odyssey, Benson will use a scanning electron microscope at CUNY’s Advanced Science Research Facility to focus on natural design at sub-millimeter scales for a project titled Nanocosmos. He’s a Fellow of the New York Institute of the Humanities, and Advocate for Curiosity at the Weizmann Institute, and a Visiting Scholar at the MIT Media Lab.

Director/Writer/Producer
Fragrant Harbor/UKàPRC/Pass the Glass
“A Colony in Transition” (1997)
Co-production between TV Slovenia and Kinetikon Pictures focusing on hand-over of Hong Kong from the UK to China.
55 minutes; digital video transferred to Beta. (Completed and broadcast by the TV Slovenia Documentary Program June 1997)

Memberships
Michael Benson is a Fellow of the New York Institute of the Humanities, an Advocate for Curiosity at the Weizmann Institute, and a Visiting Scholar at the Center for Bits and Atoms at the MIT Media Lab