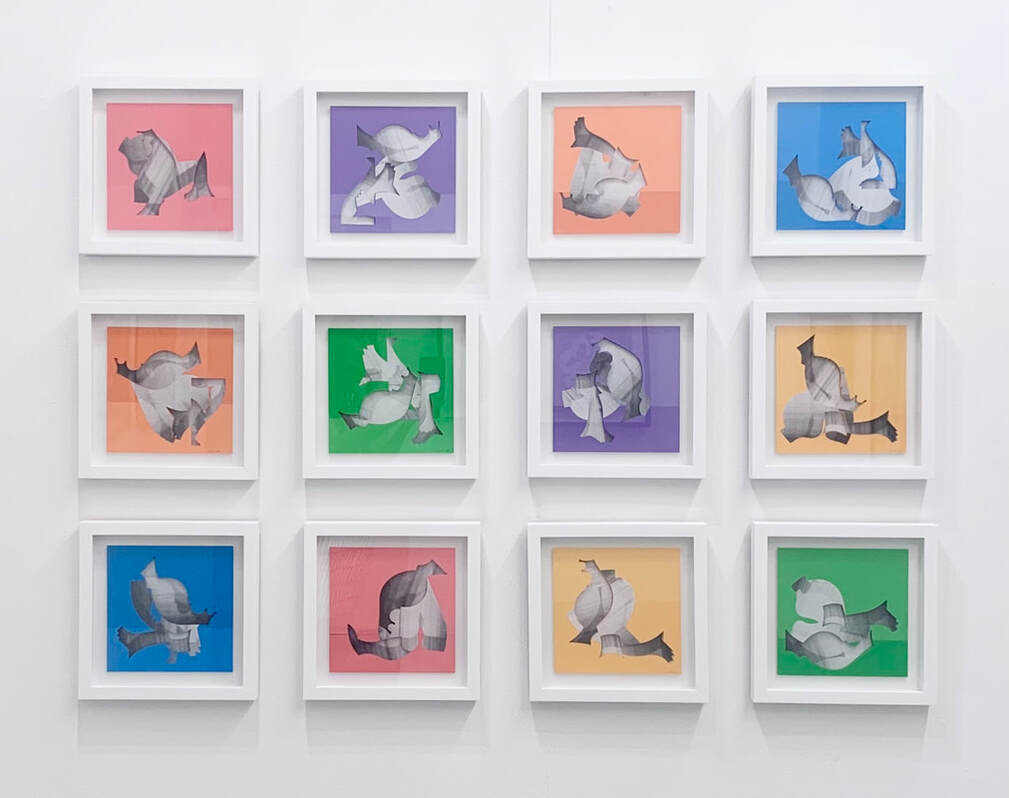 Ro2 Art is proud to present Closet Romantic, featuring a new series of works by visual artist Matthew Wood. The exhibition will open September 24 and remain on view through October 22, 2022, with an opening reception held at Ro2 Art in The Cedars, located at 1501 S. Ervay St, Dallas, TX, 75215 from 7-10PM.

Closet Romantic consists of works Matthew Wood calls Biomorphagrams, the product of Wood’s search for visual expression aside from traditional painting. These Biomorphagrams are composed of a rare, vintage paper called Chroma Rama, as well as paint chip samples and magazine cut outs. Wood combines these materials, taking cues from movements and artists such as Cubism, Abstract Expressionism, Francis Bacon, Salvador Dali and Henri Matisse, to create multidimensional works somewhere between static and fluid, and past and present. In a space of its own, Closet Romantic serves as Wood’s most recent installment of his Biomorphagrams, furthering his exploration in alternative means of making paintings, as well as paying homage to figure painting throughout history.

I call my works Biomorphagrams, a term that I conceived of to describe the lyrical constructions that are the product of exploring two concepts simultaneously; the objectification of shadows and making a painting without physically painting. While living in New York I began photographing pedestrians’ shadows and exploring the possibility of them, the shadows, as objects. Ultimately, this investigation resulted in the stylized forms that make up my Biomorphagram language. Wanting to break free from “traditional” ways of making paintings I began working with and searching for alternative materials, other than paint. Eventually, I discovered vintage Chroma Rama paper. Chroma Rama is an art paper that was produced from the late 1960s to the early 1980s. When manufactured, the pigment/color was applied by silk-screen. Hence, the paper was actually "mechanically" painted. More recently, I've begun employing large format, dead-stock paint chip samples and vintage magazine cut outs into my Biomorphagrams as well. Influenced by Cubism, Abstract Expressionism and taking cues from such artists as Francis Bacon, Salvador Dali and Henri Matisse; Biomorphagrams are my homage to the past, present and future of abstract figurative painting.
About the Artist

​Originally a painter, Dallas-based artist Matthew “Woody” Wood first began exploring alternative mediums in the 1990s. Drawing inspiration from works that forego the inclusion of brushwork or human touch, Woody works with a rare vintage paper, Chroma Rama, in order to produce multi-dimensional works that eclipse the appearance of the artist’s hand in their creation. Utilizing an in-depth process of photographing pedestrians’ shadows and manipulating the resulting images, Woody created his own visual language of abstract forms to employ in his work. These explorations in abstract shapes form the basis of Woody’s Biomorphagrams, which are multi-layered constructions that blur the line between static form and fluid process. Existing somewhere in the space between two-dimensional and three-dimensional, his work is deeply influenced by the twofold art historical context of realism and abstraction while drawing on both past and present pop culture for inspiration. In playing with the ideas of dimension, genre, and dual cultural concepts, Woody imbues his work with the definitive ambition of working contemporary artists: creating works that are ultimately timeless. 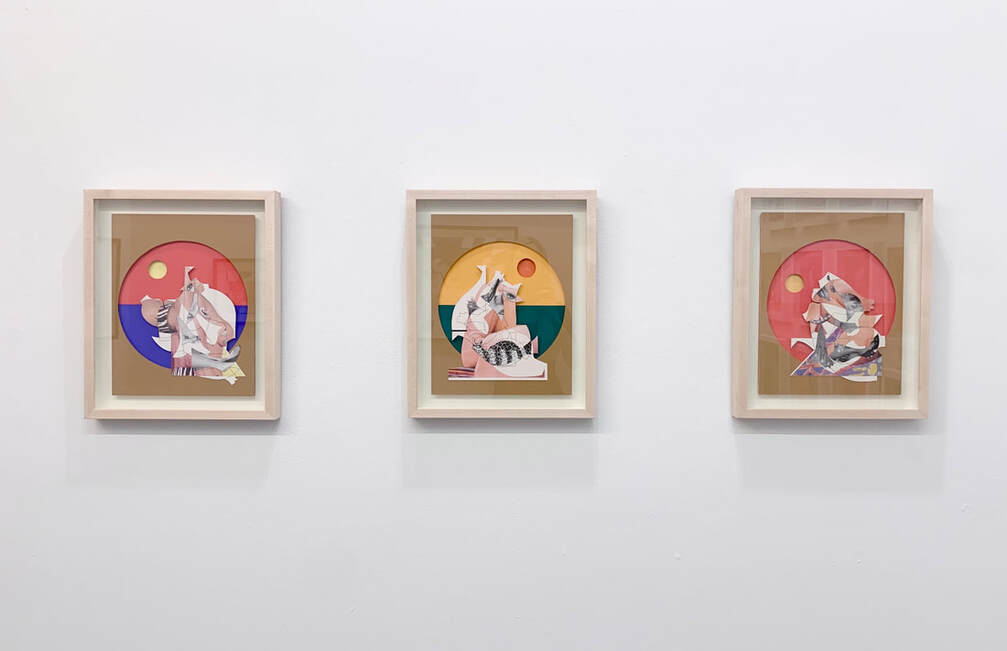 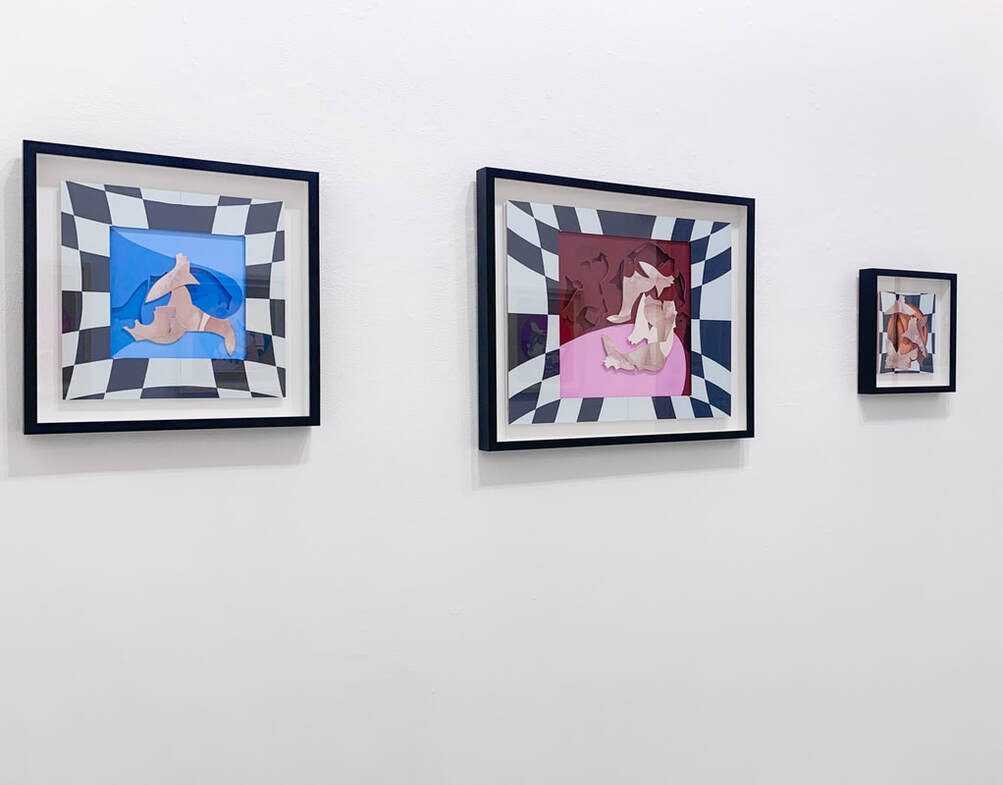 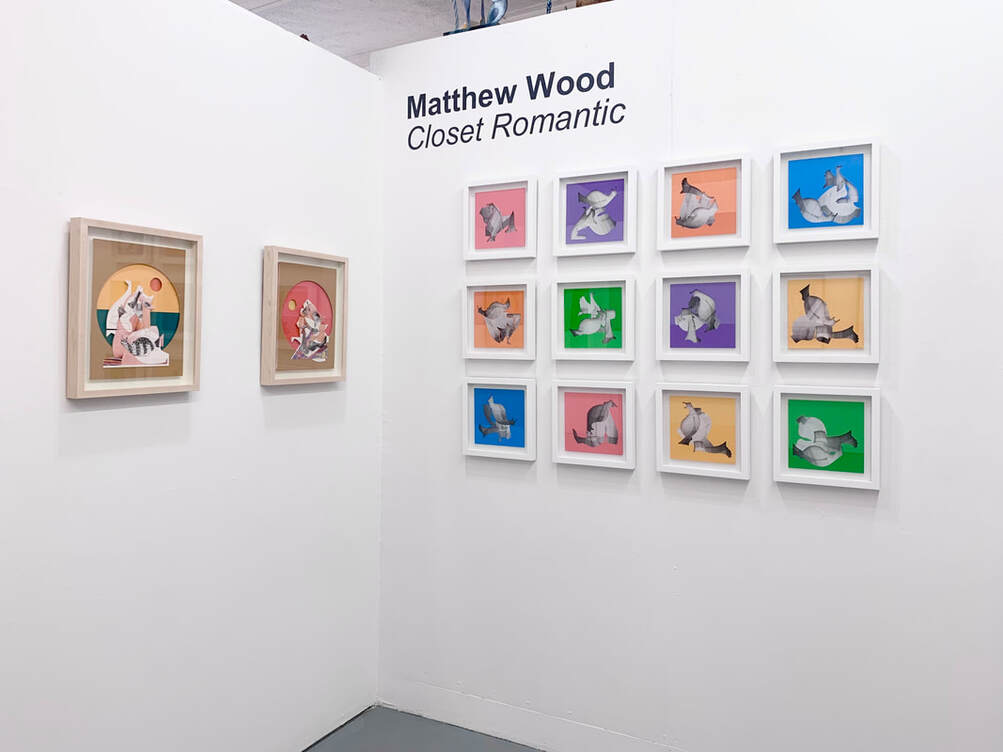 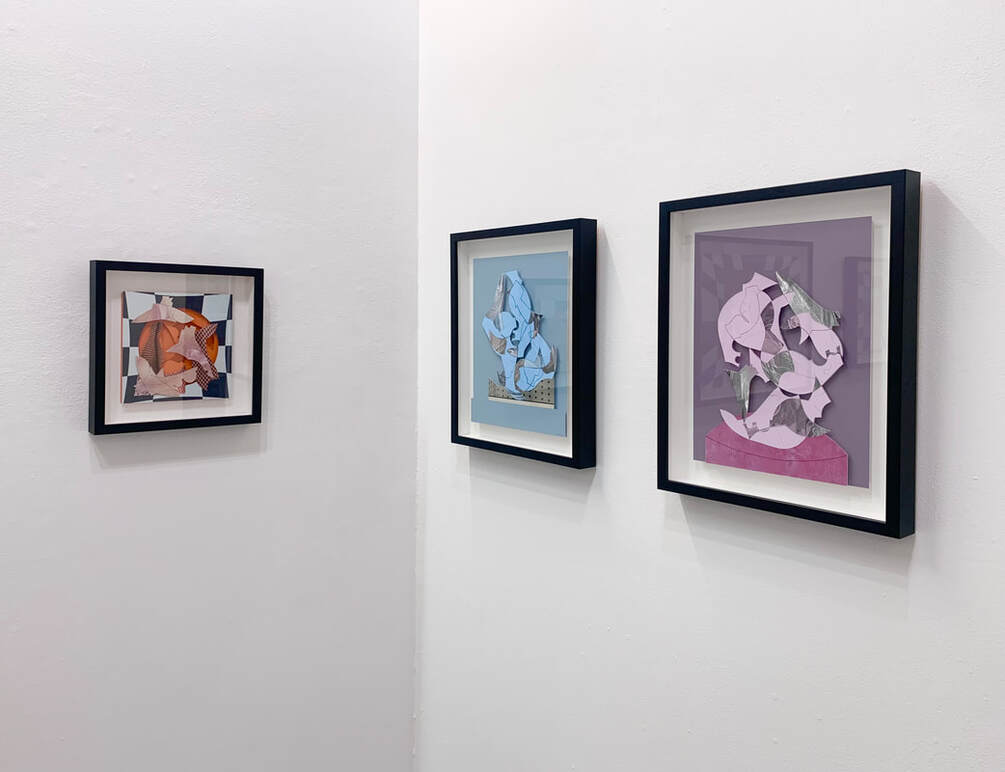 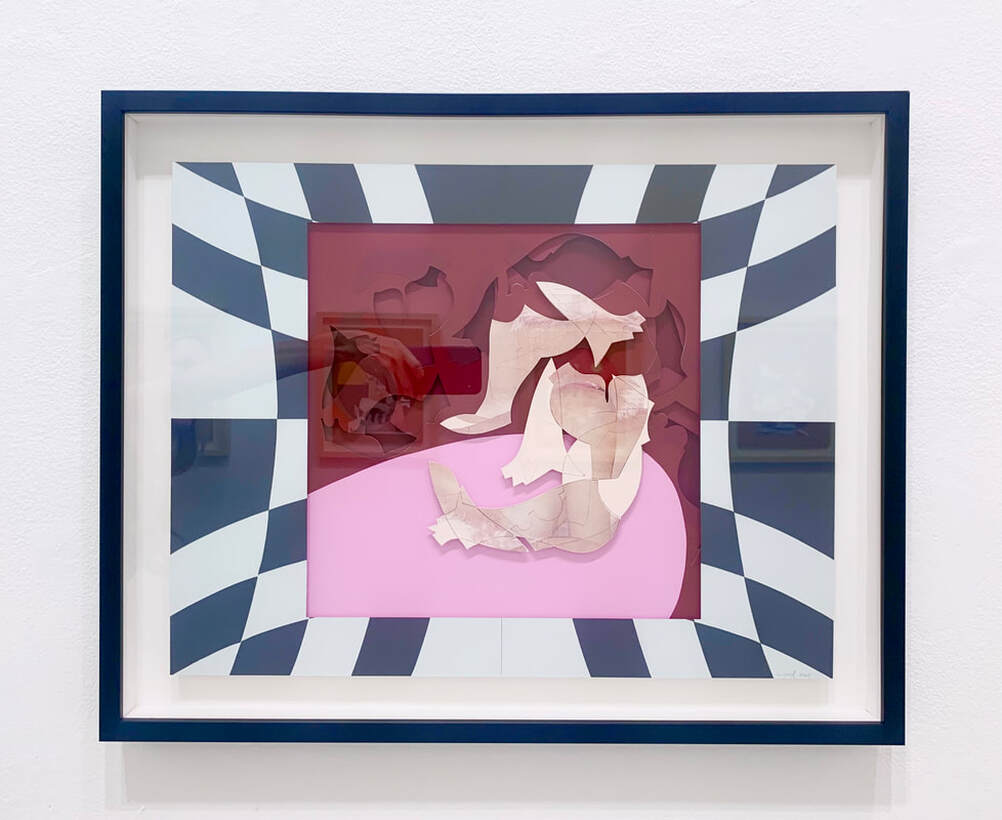