About the Artist
C. Mark Burt is an artist and mentor from Bossier City, Louisiana where he creates pieces of an alternate realm using various means. Mark’s works vary in material, but all are amalgamations inspired by his mentors, his friends, and his competition.

After spending his formative years creating doodles influenced by the sci-fi movies of his childhood, Mark decided to truly hone in on his skills during his time under the tutelage of artists, including Lee Baxter Davis, at East Texas State University. There, using inspiration from artists like Albrecht Dürer, cartoonist Basil Wolverton, and British artist Lucian Freud, he began his artistic journey.

A friendly sort of competition was born during his time in Texas, and it is his colleagues and friends who push him to go further into his artistic endeavors. Burt fell into a group of creators who were drafting their own universes through the narrative of their works, and his creations followed suit. They would later become unofficial members of the Lizard Cult, a collective of artists from the East Texas area.

After his time in East Texas, Mark came back to Shreveport-Bossier City where he now teaches Visual Arts at Talented Arts Program in Bossier City and occasionally mentors younger artists. He also has a studio in Shreveport at Red Handed Tattoo parlor where he works studiously on his visceral illustrations, paintings, and sculptures. 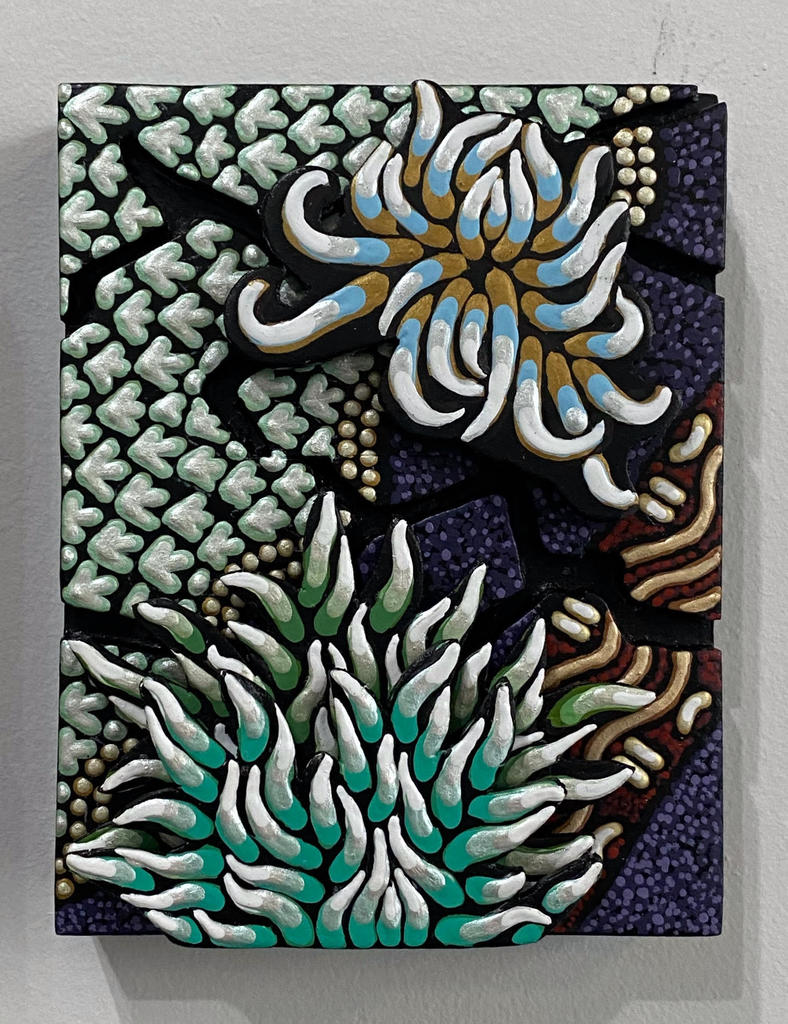