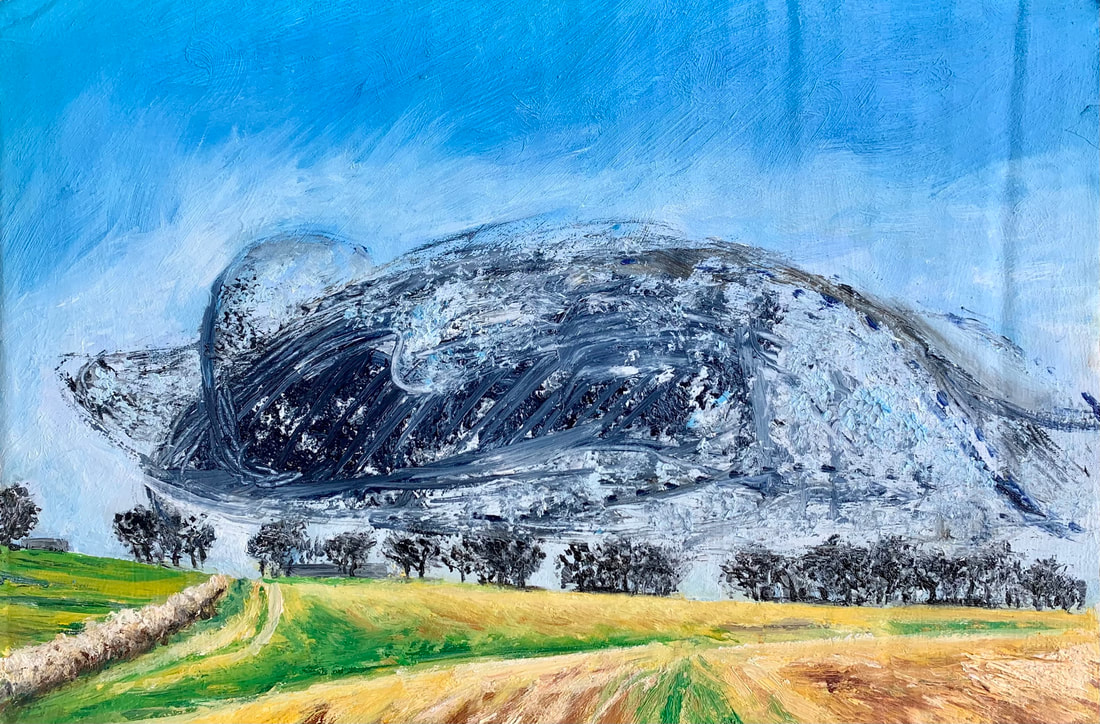 Ro2 Art is proud to present Manifold Nature, a solo exhibition featuring new works by artist Ken Craft. The show will run from March 13 through April 3, 2021.The exhibition will open with an artist reception at Ro2 Art The Cedars located at 1501 Ervay St., Dallas, TX  and will take place from 12-5 PM. Attendance to the reception will be limited to groups no larger than ten over 20 minute intervals - Reservations available via EventBrite: RSVP

Ken Craft is a painter who incorporates seemingly oppositional visual styles to create his narratives. Using both representational painting, and a more gestural comic book style, Craft makes sense of his world through capturing moments both mundane and monumental.

Nature here functions as a visual landscape and psychological backdrop for internal forces to play out. Working on unconventional materials like cardboard and found panels underscores the transitory nature of human connection during times beyond our control.

Craft brings his experience as a firefighter to ruminate on these larger forces through drawing, watercolor and oil.

Artist Statement
“We’ve all heard of writer’s or artist’s block, right? Well, for the last couple of years I’ve had something like the opposite. More like artist’s flood. Ideas and themes and formal considerations have led me down familiar paths, twisted alleyways, and strange cul-de-sacs. It’s little wonder what’s led to such variety in this current work.
Haven’t we all been through an awful lot lately? We’re all nervous wrecks. Political turmoil, the struggle for equality and justice among so many, terrifying climate change events, and oh, yeah… a historic pandemic that’s killed millions worldwide.
Besides being an artist I’m a full-time fire Captain. It’s a job I continue to love but as the years have ticked by the stresses have certainly compiled. The pandemic in particular, along with its associated political infighting, has been the toughest thing I’ve lived through as a firefighter. Perhaps the most difficult times many of us have ever experienced. And against this big, troubled backdrop you make some art. Grappling with figures and forms and how to depict them in manifold nature.”


About The Artist
Ken Craft (b. 1967 New Mexico), is an artist based in Dallas, TX. He and his wife, Carolyn, live just east of Dallas.
​
His work reflects an interest in representational scene painting alongside cartoon story telling. He’s influenced by Gustave Courbet but also Art Spiegelman. By both Gerhard Richter and George Herriman. And lately, Philip Guston. He is creating original comics characters for his paintings. The work is meant to exist as both traditional easel painting and as a form of comics.

Craft himself has existed in two worlds for over 21 years now, maintaining a career as a professional firefighter while painting as often as he can. He has been in numerous group exhibits over the years  in Dallas and has had 3 solo exhibits there. In June 2015 he exhibited 3 paintings in a juried exhibit at Artspace 111 in Ft. Worth, TX and was awarded the Top Choice prize. He was invited to exhibit some of that same work recently in a group show at Mark Moore Gallery in Los Angeles. He paints more these days and is looking forward to becoming a full time artist in the near future.