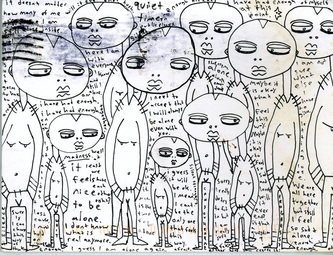 Copeland Collette, "This will be my last letter to you"
Colette Copeland

Over the past 16 years, her work has been exhibited in 18 solo exhibitions and 87 group exhibitions/festivals spanning 34 countries. She teaches art and digital media at University of Texas and Collin College in Dallas, Texas as well as writes for Glasstire and Eutopia publications. She proudly admits to providing her children with years of “therapy” fodder.