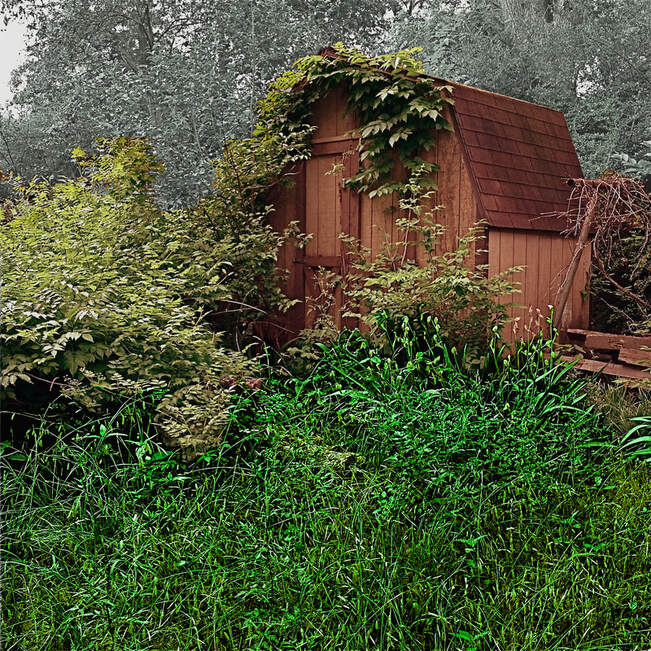 Aunt Monkee's Shed
Zhaira Costiniano The Nomadic Fungi Institute began seven years ago. It is a massive project to say the least, and I can only imagine the painstaking assiduousness it requires. How did it all come to start?
​
Brad Ford Smith  It began with a few serendipitous events. Back in 2013 I was following a photographer on Instagram who crawls around her backyard photographing life at ground level.  She posted some insects that were infected with a cordyceps fungus. The images were beautiful but the idea of a fungus taking control of your nervous system and forcing you to do its bidding while at the same time consuming you from the inside out was horrifying. The images stuck with me  for months.

During this time, my Aunt Monkee’s shed was being taken over by possums, so while I was helping her clear it out, we came across an old trunk full of papers apparently by someone named Rotifer Wobbler. She had no idea who he was or where the trunk came from.  She said, “It’s all mildewy and covered in possum poop. Through it away.” Well, I’m glad I looked through it first. Turns out the papers pertained to Mr. Wobbler's research on a mutated cordyceps that was supposedly feeding on automobiles. I found the documents intriguing.

ZC From that discovery, where did it take you?
​
BFS After reading through those documents and doing my own research on fungi that eat plastics and petroleum products, I decided to form the Nomadic Fungi Institute. From there things grew organically as research, field studies and lab tests progressed.

Cover of This Town Has Been Mapped 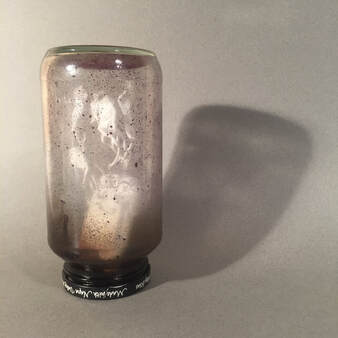 Nomadic Fungus Sprout Dark White
ZC The Nomadic Fungi Institute has explored topics that we are currently dealing with regarding the virus. Can you explain more in detail how that played out in the work, and how you feel about it now that we are actually living through it?

BFS Let me remove my NFI Director hat for just a minute and speak as an artist. NFI has been a wonderful exercise in "What Ifs?", and has led me in some really interesting directions that I would not have followed if I were just a starving artist and not the Archivist/Director of NFI.
​
That being said, to see topics that NFI has been playing with being repeated as headlines is unsettling. One of the aspects of our research has been the effects that a car eating fungus would have on our society: the breakdown and isolation of communities as our transportation system reverts back to horse drawn wagons. Another is the government's resistance to acknowledge the possible existence of a car eating fungus. 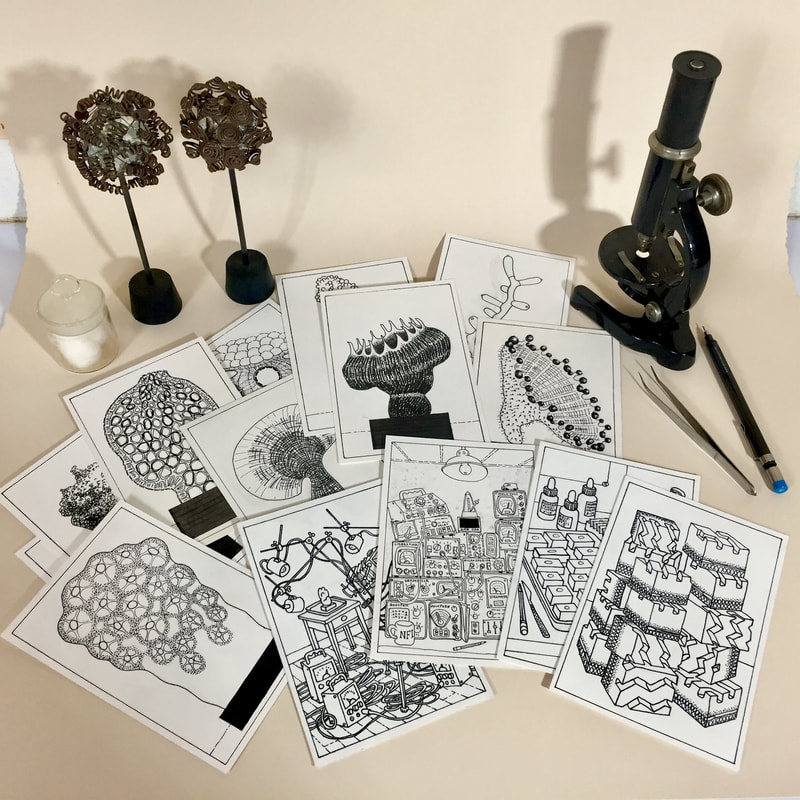 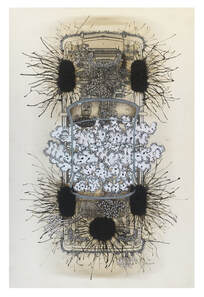 Car Cut Away After
ZC As the Director of NFI what are your next steps? Are they related to the current events going on, or do you remain focused on your original research?

BFS That is what the staff at NFI have been discussing. Simplify and focus on the process. We are working on creating documents that are contextually sound and publishing second editions of our booklets; Spore Sprouting Test, Dr. Graybones and His Curious Knapsack, and a large format edition of This Town Has Been Mapped.
​
In the NFI Lab we are documenting the process of cultivating Nomadic Fungi on slabs of Goodrich steel belted tires which will be published as a  new handbook Spore Garden. 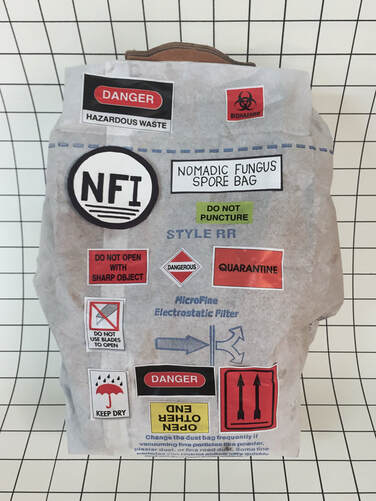 Spore Bag
ZC What is the ultimate goal of NFI? Do you think the administration is any more willing to accept your studies since you first began?

BFS We came to the conclusion very early on that the best approach to educating the public about Nomadic Fungi was to take our research to the public by way of exhibitions, lectures and publications.  We have received great responses and also some wonderful leds on possible nomadic fungi sightings. Of course a lot of that is on hold as well as our numerous field studies. So we are focusing on what we have here in house.

ZC For those who are not familiar with NFI, what would you think are the most important facts that they should know?
​
BFS The average portobello mushroom can generate 10,000 spores a day.  If  a mushroom mutates weather naturally or through manipulation and starts consuming materials such as plastic, rubbery, oil and nagahide, all the things that cars are made from then we are in a pickle. On the other side of the coin fungi are surprisingly resilient and could hold the future of our civilization as more oil spills and toxic dumps cover our lands and oceans. 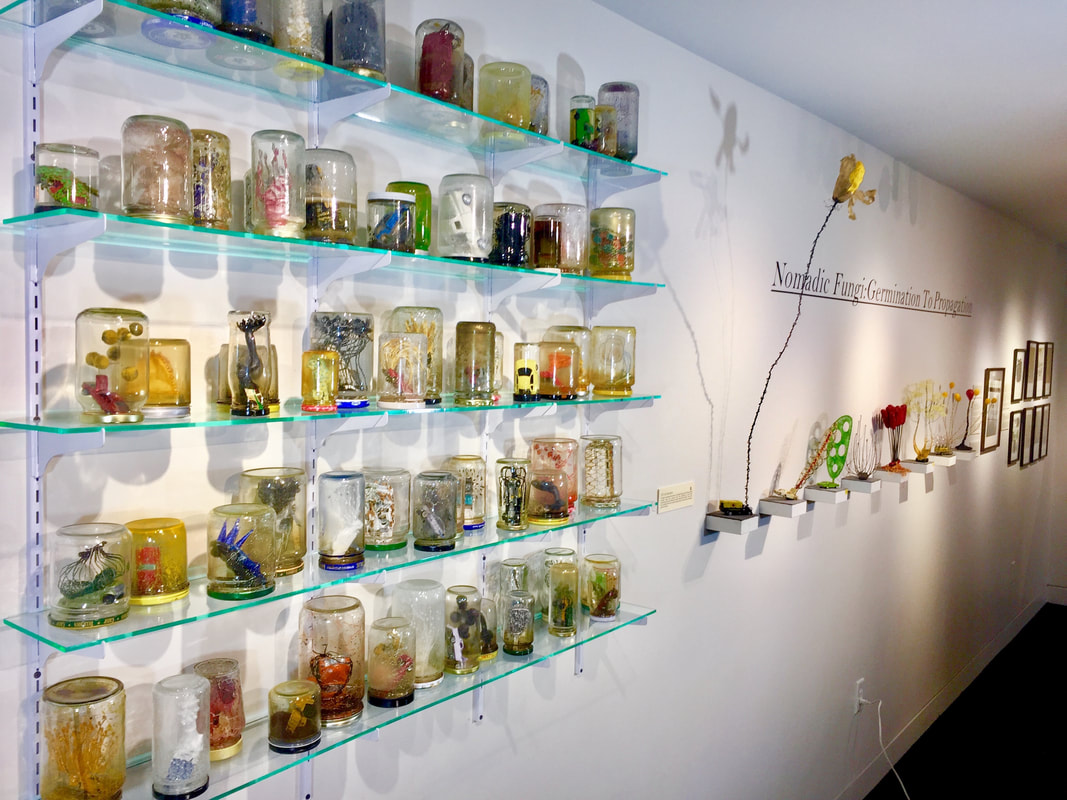