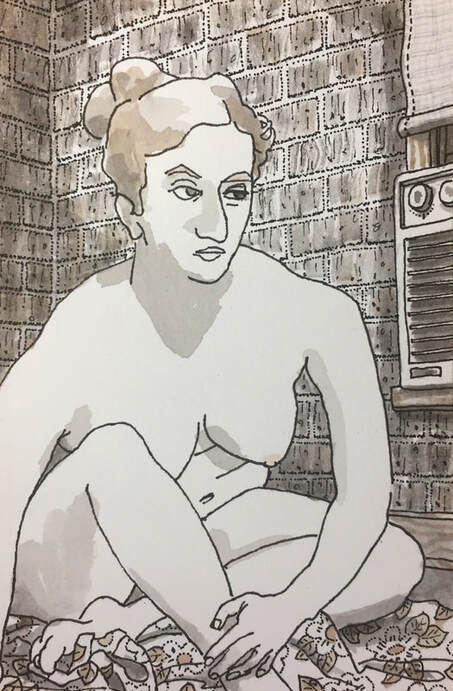 Brad Ford Smith uses organic, abstract forms to focus on how the eye and mind translate information, and how visual experiences and thought processes are altered naturally and mechanically. Brad's artwork has been exhibited throughout Texas and Chicago, where he resided shortly after graduating with a BFA in painting and printmaking from the Kansas City Art Institute.

Brad is a third generation Texan. His Grandfather Smith built several homes in Abilene, Texas that now have historic markers. His parents were accomplished artists in thier own right and worked in early television set designs for programs such as WFAA Chanel 8 News and the Mr. Peppermint Show. Brad purchased his childhood home/his parent's studio several years ago and restored the original sculpture studio plus added an art conservation studio.

He is a guest blogger on KERA Art & Seek, as well as blogging about his own creative passions at the Dyslexic Ramblings About Art And Life.